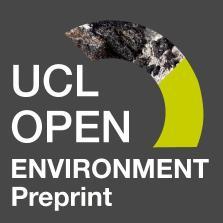 Authors’ Response to Dr Ananth Govind Rajan
In this article, King and Striolo have developed a simple engineering model to understand the trajectory of COVID-19 cases. The model is based on three population-related variables and two rate constants. The model also takes into account the effect of intervention strategies applied by the government by scaling down the growth rate of cases. The authors applied this simple model to WHO data from three countries around the world, namely China, Singapore, and South Korea. The authors have also applied the model to the COVID trajectory in the U.K. during the revisions. Although the model is simple and cannot be used to inform complex and far-reaching public health decisions, as the authors rightly caution, the model results in some notable conclusions regarding the pandemic and lockdown strategies to contain it. Over the course of the previous two rounds of review, the authors have improved the manuscript based on the suggestions made. Nevertheless, the manuscript may be improved further by implementing the following revisions, prior to publication:
Authors’ response:
We would like to thank Dr Rajan for their assessment of our work and the useful suggestions. As we discuss below, we have considered all suggestions, and made relevant edits and improvements to the manuscript.

1.    On page 2, the authors introduce SIR-type models and provide a brief overview of such models. The authors should explain the abbreviation SIR and also how such models work. The authors should also briefly describe any alternative or superior strategies for modelling the spread of infectious diseases, which may already have been explored or could be explored in the future.
Authors’ response:
We have now defined the meaning of the SIR abbreviation in the revised manuscript. We have also summarised, briefly, how such models work. As the Reviewer pointed out, the main advantage of these models is their simplicity.
We have already provided references to more complex models, which have been used in the literature. The general trend in the literature with other modelling efforts of the Covid 19 infection trajectory has been to include other variables such as geographical factors, connections between different k factors and demographic indices such as age, population density, mortality rate, etc. Although such models likely represent well the reality, they also require accurate data for parameters fitting. We believe that adding much additional content along these lines is beyond the scope of our paper. One additional perspective, which is considered a merit of the model presented here, is that good fitting of the infection versus time curve have been achieved with minimal parameters.
Nevertheless, we have added a few references to very recent work on this topic. For example, Ref. 15, just published in PNAS, uses analysis of the viral trajectory to identify the containment strategies most likely to be effective.

2.    On page 4, the authors mention that “Fitting is not shown here because abundant analysis is reported on the news as well as on specialist literature.” However, the authors should report the values of k1 and k2 used in their model and how these values were obtained/chosen, along with their 95% confidence intervals. This should be done for all the cases considered in the manuscript.
Authors’ response:
We have added the values for parameters k1 and k2 in notes regarding Figure 1 of the revised manuscript. We respectfully point out that in our analysis the choice of initial constants k1 and k2 to demonstrate the behaviour of the infection with time are arbitrary and thus a 95% CI is not relevant for our purposes. As for the graphs which have used real data, we have used the published values. No 95% CI figures were presented in any case. Some idea of a confidence interval could be estimated from the noise in the advised health figures, but in view of the acknowledged accuracy of data depending as it did on only being able to define confirmed cases in terms of test results, we would such a CI merely speculative.

3.    In Figure 1, the authors mention a R2 value of 1.0 for the exponential fit during the initial stage of the pandemic; however, they do not indicate till what time point the data was included in the fit.
Authors’ response:
Thank you for pointing this out. In our analysis, we find that at Y=2% t= 0.4157 ; the ratio of model to simple exponential growth = 1.0009 (i.e., less than 1/1000 difference in relative terms). Relevant specification commentary has been added to the narrative.

4.    Although the authors provide R2 values for their fits, they do not provide 95% confidence intervals for any of their parameters and error bars for their predictions. These should be added to the manuscript, to quantify the robustness of the model and the predictions.
Authors’ response:
As detailed in the response to Q2 above, R2 where provided are presented to support discussion on the features of the model and not real data. The use of as published case numbers did not enable confidence intervals to be defined.

5.    The authors should clearly mention and indicate that in Figure 1 and all other figures, the vertical axis refers to the percentage of cases, rather than the absolute number of cases. Further, what is the unit of time in the plots shown in the manuscript? This should be mentioned in the manuscript. In Figure 1, the maximum time considered is less than 10, whereas in Figure 2, the maximum time considered is 500. Could the authors explain this choice?
Authors’ response:
We have now amended the labelling of the vertical axes in the figures – thanks for pointing this out. Figures 1 and 2 use adimensional horizontal axis, as these graphs explore the infection trajectory and the effect of intervention – the correspondent graphs and conclusions drawn are independent of the time scale. In Figures 1 and 2, the time units are related to the model parameters used to generate these graphs. All graphs in the manuscript in which specific situations and datasets were discussed have the time units identified.

6.    In Figure 3, it appears that the top two panels plot the absolute number of cases; however, the bottom plot seems to depict the cases as a fraction of the population. The authors must clarify this point.
Authors’ response:
We would like to thank the Reviewer for pointing out this inconsistency, which has been corrected in the revised version of the manuscript.

7.    On page 11, the authors mention that the “fit of the South Korean data is more promising…, as shown by the data in Table 2”. The authors should explain how the ratios A/B and C/D that they have defined can be used to infer the quality of the fit. The authors should also provide concise physical interpretations of these ratios.
Authors’ response:
We believe this question has been addressed on pg 9 of the revised manuscript; the ratios A/B and C/D make the analysis adimensional and enable different infection outbreaks to be compared. No amendment has been made to the manuscript in response to this comment.

8.    Regarding the proposed expression for dX/dt on page 3, could other types of functional expressions (e.g., power laws) in terms of X  and Y  work better in modeling the spread of disease?
Authors’ response:
Because the SIR model considers that the rate change in the numbers of infective cases will be proportional to the frequency of contact, 1st order kinetics are a valid choice. The use of this model is supported by its successful use in modelling other infections (as detailed in the introduction and related references). Of course, other models, including higher order functional forms of the SIR model, could also reproduce the trajectory of Covid-19, as we have already discussed in addressing Q1 above.

9.    On page 4, the authors mention that N=X+Y+Po , but in so doing they have not considered the individuals labeled as REC . Why shouldn’t N = X + Y + REC ?
Authors’ response:
We would like to thank the Reviewer for pointing out this inconsistency, which has been corrected in the revised version of the manuscript.

10.    On pages 4-5, the authors should fix the spellings ‘Hetohcote’ to ‘Hethcote’, ‘mode’ to ‘model’, and ‘out’ to ‘our’.
Authors’ response:
We would like to thank the Reviewer for pointing out this inconsistency, which has been corrected in the revised version of the manuscript.

11.    On page 6, the authors include the effects of government intervention in the simplified model where X, i.e., the number of uninfected individuals, is assumed to be equal to Po. This seems to be a major simplification, which may not be true as the pandemic progresses. What would be the effect of not making this simplification on the model predictions?
Authors’ response:
The model is appropriately considered as being initiated at a time when a very small and the numbers of uninfected persons in essentially P0. The model determines all the classes considered X; uninfected, Y; infected and REC; recovered or deceased. The uninfected persons will not be equal to P0 as the pandemic progresses. No change has been made to the manuscript in response to this comment, as we believe this is explained in the paper.

12.    In Figure 3, the authors refer to the ‘left’ panel, when they should in fact refer to the ‘top’ panel.
Authors’ response:
We would like to thank the Reviewer for pointing out this inconsistency, which has been corrected in the revised version of the manuscript.

13.    On page 11, it would be interesting to see the effect on the model upon addition of another term to Kstep-down that models a reduction in the intervention strength or a reduction in compliance to the intervention measures, which set in after a certain amount of time.
Authors’ response:
We believe that the scenarios modelled in the manuscript have addressed this question in acknowledging that the relaxation in the extent of lockdown above a critical value will prompt a return to exponential growth. No change has been made to the manuscript in response to this question.

Some corrections:
There are two Sections numbered as Section 4. The easiest way to correct this is to put these Sections together. The authors should also check the caption of Figure 3. Just before Section 6, there is a reference to Figure 2B. Figure 2 has two panels, but they are not numbered, so the reference should be “the right panel of Figure 2”. On the first line of Section 6 there is one “time” too much. There are also some minor typos in the text.

Authors’ response:
We would like to thank Dr Leiviska for their positive assessment of our work. The summary above reflects our motivation in conducting this work and reporting its results. As the Reviewer points out, only future studies will allow us to identify how much the “natural” behaviour of the virus contributes to the success of isolation initiatives.
All the questions raised above are sensible. We have added a few comments regarding the limitations of the model to the conclusions (the last paragraph was added during this second revision), we have added a few recent references, and we have made editorial improvements throughout following the recommendations kindly provided.

Data availability: Data sharing not applicable to this article as no datasets were generated or analysed during the current study.
ScienceOpen disciplines: Earth & Environmental sciences, Engineering
Keywords: Covid-19, Engineering model, Recommendations, The Environment

Additional comments from the Editor: The manuscript has been revised according to reviewer comments and is ready for publication.