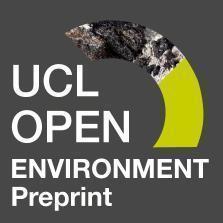 Thank you very much for the interesting and useful feedback. We understand that some parts might have been confounding and thus took the opportunity to change the structure of the paper and make a number of significant changes that we think would clarify the identified issues. In this effort, we have also added a case study test to validate and expand on the experimental results and assess the potential impact of mechanical resuspension of particles to the indoor fungal measurements.

We would also like to provide our answers to all the questions by reviewer 1 and 2 below.

1) Interesting paper, but for a short paper it is quit long, especially the introduction. Perhaps sections 2.1 and 2.2 could be condensed into 10-15 lines together with table 2 since your results do not involve fungal counts as such.

Thank you very much for the comment. We understand that the length of the text might be long for a short paper and we decided to delete the short paper reference in the title.

2) It is important that the authors distinguish between the state (of the air) of the room prior to air sampling and the air sampling method itself. Air sampling itself that can be either passive (or non-volumetric (e.g. open Petri dishes)) or active (or volumetric (e.g. Andersen sampler, Slit-to-agar sampler etc.)).

I think that it would make more sense to the reader to use the terms “passive”, “active” and “aggressive” for the preparation/set-up prior to air sampling, instead of non-active, non-aggressive, and then define in the text what you mean and non-volumetric and volumetric for the sampling. Intuitively the reader will know what the terms involve. Table 1 could be used for the definitions. It also makes the headline 2. Non-activated (non-aggressive) and activated (aggressive) protocols is difficult to understand.

As we have attempted to clarify these in our extended abstract for the ICMB21 conference (1) these are indeed the traditional use of the terms. However, we suggest the terms activated and non-activated sampling, not to replace these traditional terms, but with a different meaning: In our case these are both to refer to volumetric readings, which however does and does not use resuspension of particles prior to sampling. We understand that this might not have been fully explained. To that end, we have added a new part (subsection 1.1) under the first section to further explain the differences between the use of the terms in the literature and our proposed use.

3)The authors should also state something about safety measures for the person, who operates the leaf blower – such as dust mask, respirator etc.

Thank you very much for this suggestion. The health and safety of the inspector is very important when implementing an activated protocol regardless of the level of particle resuspension. The inspector was obliged to wear an FFP3 respirator during the case study testing and we now included this under section 2.2.

It would be easier for the reader if the authors could follow the “normal” layout:

Thank you for your suggestion. In the effort to improve the reading experience for the reader we have made significant changes to the content and structure of the main body of the paper.

4) Furthermore, Table headings have to be “on top” of the table as opposed to figure legends, which have to be below the figures and please insert page numbers.

Thank you very much for your comment. We have amended the table headings as per your suggestion

Though the manuscript is well written, changing some words might help the reader.

Change reserve(s) to reservoir(s) throughout the text (e.g. reservoir of plant pathogenic propagules in soil)

Use particles counted and particle counts instead of particle readings or particles measured.

In the figures the unit is minutes, but it is difficult to relate to 4000 min. or 10000 min. Please change to hours. You of course keep the blowing time in minutes.

Thank you very much for the comments regarding the language and wording. We have proceeded with the necessary amendments as per your suggestion.

(a) How high/low was the blower placed?

Thank you for noticing this. We have added the height specification (1.3m) in the methodology part.

Thank for giving us the opportunity to clarify this part. We have added the following part in the methodology section in an effort to set the timeframe for the experimental work (section 2.1): “The experiments were conducted for a total of 20 days, and the chamber was closed and sealed until all experiments had been carried out. Two days were allowed to pass before the experiments were initiated to ensure that all the resuspended dust due to the activities carried out for the installation of the apparatus had settled down and the change of the different-sized particles’ concentration did not significantly change with time (reaching an ‘equilibrium’ state). The experiments were then initiated, and one experiment was carried out each day to ensure that the particles’ concentration before the start of every experiment had reached the ‘equilibrium’ state.”

(d) The dust you used in your experiment was that just what was in the chamber, or did you add more?

Thank you for your question. We have attempted to answer this question through the addition of an extra paragraph in the methodology part (section 2.1): “No dust was added inside the chamber, and the specific amount present inside the chamber was not known. However, knowing the exact amount of dust was not a prerequisite in this paper's context, as this study's sole aim was to identify whether different activities could significantly impact the resuspension rates of different-sized particles.”

You do not state best practice for air sampling after aggressive preparation prior to air sampling according to your results. What would you recommend for blowing time and for sampling height?

The reviewer is quite right – in the first version of the paper we demonstrated the difference in the outcomes, and our main message in conjunction with the reported work was that testing protocols should be better detailed for academic literature on the topic to be comparable. However, our added analyses now allow us to take position on the matter: activated testing, i.e. resuspending particles prior to sampling, allows better capture and is reproducible, and therefore should be preferred over non-activated testing protocols, which currently dominate the literature. This message has been included more explicitly in the current version of the paper, both in the discussion and conclusions section (section 3.2 and 4).

8) Have the authors tested if particle counts and volumetric air sampling show the same results?

Thank you for the question. We are currently collecting air samples, and particle readings from a large number of residential properties as part of an ongoing, wider fungal testing scheme in the UK to further support the findings of this paper. The data from this testing are not yet available, but we aim to publish the outcomes of this testing campaign later this year.

9) In the first paragraph, you state that ‘…indoor fungal testing has not yet been standardised’, and then reference a standard (BS EN ISO 16000-19:2014). This could be clarified.

Thank you very much for your comment. The BS EN ISO 16000-19:2014 standard includes guidance on how to gain information with regards to the indoor fungal activity after performing a small number of the current indoor sampling and analysis methods. However, the results from the implementation of such strategies have been found to vary significantly and benchmarks have not been established – thus, governments and researchers have avoided using the specific BS EN ISO document as a standard for indoor fungal testing.

10) The term activated vs non-activated is a bit confusing, given active vs passive air sampling methods.

Thank you for your comment. The discrimination between the two terms might have been confusing and thus we have tried to clarify the terminological differences under subsection 1.1. For more details please also refer to the answer to question 2.

I imagine the methods also reflect the research questions. ie. what are all the types of fungi in the building (activated) vs what are people exposed to under normal operating conditions (non-activated). This is covered somewhat in section 2.1, but could be expanded on.

Thank you very much for this comment. We have now tried to further explain this in the section 1: as shown in table 1 and Figure 2 too, the differentiation between activated and non-activated, and how these map on the exposure under normal operating conditions is not very clear cut. For example, a living room where two toddlers are rough-playing and one where a single adult is working, the exposure implications of fungal testing type would be very different. We argue that the activated testing will better exploit the predictive capacity of air sampling.

Thank you for this comment. This is indeed a very valid point. Air pressure differentials may lead to different resuspension rates and thus result in different fungal measurements even in the same room. To that end, this study aimed to highlight that unless the conditions prior to sampling are fully detailed the current testing methods may not produce robust are reproducible results.

12) The experimental section is interesting, but particle sensors are used, not bioaerosol samplers. So this would show the effects of air speed on all particles not just fungal spores.

Thank you for your comment. This is absolutely true – air activation will lead to the resuspension of all particles including non-fungal ones. However, since fungal particles are likely to range between 0.5- 10μm resuspension we have used the monitoring of the concentration of particles from 0.5- 10μm as a proxy for fungal resuspension in real scenarios. To support the argument that different non-activated/activated protocols are likely to yield different results we have also added our findings from a case study where fungal measurement were collected.

Indoor fungal testing has been within the researchers’ scope of interest for more than a century. Various sampling and analysis techniques have been developed over the years, but no testing protocol has been yet standardised and widely accepted by the research and practitioner communities. The enormous diversity in fungal taxa within buildings with varied biological properties, and implications on the health and wellbeing of the occupants and the building fabric complicates the decision-making process for selecting an appropriate testing protocol. This study aims to present a critical review of non-activated and activated approaches to indoor testing, with an emphasis on the preparation of the indoor environment prior to sampling. The study demonstrates the differences in the outcomes of non-activated and activated testing through a set of experimental work in idealised conditions and a case study. The findings suggest that larger particles are particularly sensitive to the sampling height and activation, and that non-activated protocols, despite dominating the current literature, can significantly underestimate the fungal biomass and species richness. Therefore, this paper calls for better-defined and activated protocols that can enhance robustness and reproducibility across the research domain focused on indoor fungal testing.