The Geographic, Environmental and Phylogenetic Evolution of the Alveolinoidea from the Cretaceous to the Present Day. 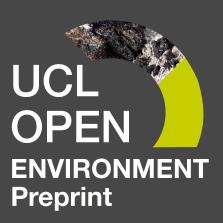 The superfamily Alveolinoidea is a member of the Order Miliolida, and is comprised of three main families, the Alveolinidae, the Fabulariidae and the Rhapydioninidae. They are examples of Larger Benthic Foraminifera (LBF), which are single cell organisms with specific characteristic endoskeletons. Alveolinoids are found globally from the Cretaceous to present day and are very important biostratigraphic index fossils in shallow-marine carbonates. They are often associated with significant hydrocarbon reservoirs, and exhibit provincialism with characteristic genera often confined to one of the American, Tethyan or Indo-Pacific provinces. Previously, the systematic study of the global interrelationship between the various alveolinoid lineages has not been possible because of the absence of biostratigraphic correlation between the geographically scattered assemblages, and the scarcity of described material from the Indo-Pacific province. Here we use the literature and new material from the Americas, the French Alps, Iran, Tibet, India and SE Asia, coupled with the use the planktonic foraminiferal zonal (PZ) correlation scheme to put forward, for the very first time, a comprehensive, global, systematic analysis of the biostratigraphic, phylogenetic and palaeogeographic evolution of the alveolinoids. The alveolinoids originated in the Cretaceous in the Tethyan province. During a global sea-level low-stand, a westward migration of some alveolinoids species to the Americas occurred in this period, a behaviour also seen in previous studies of contemporaneous orbitolinid LBF. After the K-P event, which saw the extinction of all Cretaceous alveolinoids, rare new forms of alveolinoids evolved again, first in the Americas and later independently in Tethys. As found in previous studies of rotalid LBF, sea-level low-stands in the Paleocene also allowed some alveolinoid forms to migrate, but this time in an eastward direction from the Americas to Tethys, and from Tethys on to the Indo-Pacific. Alveolinoids still exist today ( Borelis and Alveolinella), the former of which is cosmopolitan, while the latter is restricted to the Indo-Pacific province. Throughout their phylogenetic history alveolinoids characteristically exhibit convergent evolution, with the repeated re-occurrence of certain morphological features. Understanding this propensity to homoplasy is essential in understanding and constructing the phylogenetic relationships within the alveolinoid superfamily.

This article is a preprint article and has not been peer-reviewed. It is under consideration following submission to UCL Open: Environment Preprint for open peer review.