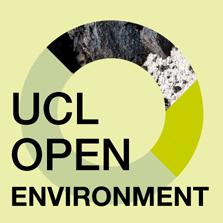 Members of the Larger Benthic Foraminiferal (LBF) family Orbitolinidae occurred from the Cretaceous to the Paleogene, however, they were most diverse during the mid-Cretaceous, and dominated the agglutinated LBF assemblages described from limestones of that period. Various orbitolinid species have been used to zone and date lithologies formed in the shallow, warm waters of the Aptian to the early Cenomanian, and many, sometimes inaccurate, generic and sub-generic nomenclatures have been proposed to differentiate the often-subtle morphological changes that orbitolinids exhibit over time. Also, until now, it has not been possible to develop an effective global overview of their evolution and environmental development because descriptions of specimens from Asia have been relatively rare. Following our recent study of over 1800 orbitolinid-rich thin sections of material from 13 outcrops of Langshan limestone, from the Southern Tibetan Plateau, and from the Barito Basin, South Kalimantan, Indonesia, it has been possible to compare the stratigraphic ranges of these orbitolinids with previously described Tethyan and American forms, based on the use of a planktonic zonal (PZ) scheme, itself tied to the most recent chronostratigraphic scale. This has allowed the reconstruction of the phylogenetic and paleogeographic evolution of the orbitolinids from their Valanginian origin in the Tethys. Although the Tethys remained the paleogeographic centre for the orbitolinids, it is inferred here for the first time that a bi-directional paleogeographic migration of some orbitolinid genera occurred from the Tethys to the Americas and also to the Western Pacific region. Our observations and dating suggest that global marine regressions in the Aptian were coincident with, and may well have facilitated, these orbitolinid transoceanic migrations. Migration stopped however after rising sea level in the early Albian appears to have again isolated these provinces from each other. Tectonic forces associated with the subduction of the Farallon Plate and further sea level raises led to the opening of the Western Interior Seaway in North America, which correlates with, and may have been the cause of, the middle Albian (top of PZ Albian 2) extinction of the American orbitolinids. The extinction of the orbitolinids revealed that the Western Pacific province was split into two sub-provinces, with extinction occurring at the end of the early Albian (top of PZ Albian 1) in the Northwest Pacific sub-province, and at the end of the Albian (top of PZ Albian 4) in the subprovince that is today South East Asia (on the margins and west of the Wallace Line). The final near extinction of the orbitolinids occurred at the end of the Cenomanian in the Tethyan province, which coincides with, and may have been caused by, global anoxic oceanic events that correlate with a near-peak Mesozoic eustatic sea level high-stand that led to the overall global collapse of the paleotropical reef ecosystem at that time.

Kenneth G Miller,  Michelle A Kominz,  James V. Browning … (2005)
We review Phanerozoic sea-level changes [543 million years ago (Ma) to the present] on various time scales and present a new sea-level record for the past 100 million years (My). Long-term sea level peaked at 100 +/- 50 meters during the Cretaceous, implying that ocean-crust production rates were much lower than previously inferred. Sea level mirrors oxygen isotope variations, reflecting ice-volume change on the 10(4)- to 10(6)-year scale, but a link between oxygen isotope and sea level on the 10(7)-year scale must be due to temperature changes that we attribute to tectonically controlled carbon dioxide variations. Sea-level change has influenced phytoplankton evolution, ocean chemistry, and the loci of carbonate, organic carbon, and siliciclastic sediment burial. Over the past 100 My, sea-level changes reflect global climate evolution from a time of ephemeral Antarctic ice sheets (100 to 33 Ma), through a time of large ice sheets primarily in Antarctica (33 to 2.5 Ma), to a world with large Antarctic and large, variable Northern Hemisphere ice sheets (2.5 Ma to the present).

Royce E. Clifford,  Dolph Schluter,  Mária Némethy … (2004)
Parallel phenotypic evolution, the independent evolution of the same trait in closely related lineages, is interesting because it tells us about the contribution of natural selection to phenotypic evolution. Haldane and others have proposed that parallel evolution also results from a second process, the similarly biased production of genetic variation in close relatives, an idea that has received few tests. We suggest that influence of shared genetic biases should be detectable by the disproportionate use of the same genes in independent instances of parallel phenotypic evolution. We show how progress in testing this prediction can be made through simple tests of parallel inheritance of genetic differences: similar additive, dominance, and epistasis components in analysis of line means and similar effective numbers of loci. We demonstrate parallel inheritance in two traits, lateral plate number and body shape, in two lineages of threespine stickleback that have adapted independently to freshwater streams on opposite sides of the Pacific Ocean. Notably, reduction of plate number in freshwater involves a substitution at the same major locus in both lineages. Our results represent only a first step in the study of the genetics of parallel phenotypic evolution in sticklebacks. Nevertheless, we have shown how such studies can be employed to test the genetic hypothesis of parallel evolution and how study of parallel evolution might yield insights into the roles of both selection and genetic constraint in phenotypic evolution.