Synergies and trade-offs between sanitation and the sustainable development goals 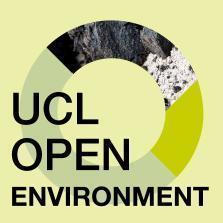 To better leverage opportunities arising out of sustainable and inclusive management of sanitation services there is a need for robust and comprehensive evidence of the wide-ranging benefits that sanitation can deliver. The Sustainable Development Goals (SDGs) provide a comprehensive framework for sustainable development broken down into 169 interconnected Targets which are articulated under 17 Goals. Based on a methodology developed at University College London (UCL), this study identifies linkages between sanitation and the 169 Targets corroborated by published evidence. We show that there are synergies between sanitation and all 17 Goals and 130 (77%) of the Targets, and trade-offs for 28 (17%) of the Targets. We identified 83 Targets (49%) that call for action in the sanitation sector. The results demonstrate the far-reaching benefits that can be unlocked from investment in sanitation, which extend beyond health and spread across sectors. The evidence base for the 17 Goals establishes links that can inform cross-sectoral action, collaborations and investment across governance levels for integrated sanitation solutions. The research provides different stakeholders with a framework that can be applied to context-specific cases and projects. We propose a range of recommendations to policy makers, practitioners and researchers who seek to take this study further to help achieve the SDGs.

Special series on Water and the UN Sustainable Development Goals

Diane G Newell,  Marion Koopmans,  Linda Verhoef … (2010)
The burden of diseases caused by food-borne pathogens remains largely unknown. Importantly data indicating trends in food-borne infectious intestinal disease is limited to a few industrialised countries, and even fewer pathogens. It has been predicted that the importance of diarrhoeal disease, mainly due to contaminated food and water, as a cause of death will decline worldwide. Evidence for such a downward trend is limited. This prediction presumes that improvements in the production and retail of microbiologically safe food will be sustained in the developed world and, moreover, will be rolled out to those countries of the developing world increasingly producing food for a global market. In this review evidence is presented to indicate that the microbiological safety of food remains a dynamic situation heavily influenced by multiple factors along the food chain from farm to fork. Sustaining food safety standards will depend on constant vigilance maintained by monitoring and surveillance but, with the rising importance of other food-related issues, such as food security, obesity and climate change, competition for resources in the future to enable this may be fierce. In addition the pathogen populations relevant to food safety are not static. Food is an excellent vehicle by which many pathogens (bacteria, viruses/prions and parasites) can reach an appropriate colonisation site in a new host. Although food production practices change, the well-recognised food-borne pathogens, such as Salmonella spp. and Escherichia coli, seem able to evolve to exploit novel opportunities, for example fresh produce, and even generate new public health challenges, for example antimicrobial resistance. In addition, previously unknown food-borne pathogens, many of which are zoonotic, are constantly emerging. Current understanding of the trends in food-borne diseases for bacterial, viral and parasitic pathogens has been reviewed. The bacterial pathogens are exemplified by those well-recognized by policy makers; i.e. Salmonella, Campylobacter, E. coli and Listeria monocytogenes. Antimicrobial resistance in several bacterial food-borne pathogens (Salmonella, Campylobacter, Shigella and Vibrio spp., methicillin resistant Staphylcoccus aureas, E. coli and Enterococci) has been discussed as a separate topic because of its relative importance to policy issues. Awareness and surveillance of viral food-borne pathogens is generally poor but emphasis is placed on Norovirus, Hepatitis A, rotaviruses and newly emerging viruses such as SARS. Many food-borne parasitic pathogens are known (for example Ascaris, Cryptosporidia and Trichinella) but few of these are effectively monitored in foods, livestock and wildlife and their epidemiology through the food-chain is poorly understood. The lessons learned and future challenges in each topic are debated. It is clear that one overall challenge is the generation and maintenance of constructive dialogue and collaboration between public health, veterinary and food safety experts, bringing together multidisciplinary skills and multi-pathogen expertise. Such collaboration is essential to monitor changing trends in the well-recognised diseases and detect emerging pathogens. It will also be necessary understand the multiple interactions these pathogens have with their environments during transmission along the food chain in order to develop effective prevention and control strategies.

Duncan Mara,  Jon Lane,  Beth Scott … (2010)
As one article in a four-part PLoS Medicine series on water and sanitation, David Trouba and colleagues discuss the importance of improved sanitation to health and the role that the health sector can play in its advocacy.

Towards global phosphorus security: a systems framework for phosphorus recovery and reuse options.

D. Cordell,  A Rosemarin,  J.J Schröder … (2011)
Human intervention in the global phosphorus cycle has mobilised nearly half a billion tonnes of the element from phosphate rock into the hydrosphere over the past half century. The resultant water pollution concerns have been the main driver for sustainable phosphorus use (including phosphorus recovery). However the emerging global challenge of phosphorus scarcity with serious implications for future food security, means phosphorus will also need to be recovered for productive reuse as a fertilizer in food production to replace increasingly scarce and more expensive phosphate rock. Through an integrated and systems framework, this paper examines the full spectrum of sustainable phosphorus recovery and reuse options (from small-scale low-cost to large-scale high-tech), facilitates integrated decision-making and identifies future opportunities and challenges for achieving global phosphorus security. Case studies are provided rather than focusing on a specific technology or process. There is no single solution to achieving a phosphorus-secure future: in addition to increasing phosphorus use efficiency, phosphorus will need to be recovered and reused from all current waste streams throughout the food production and consumption system (from human and animal excreta to food and crop wastes). There is a need for new sustainable policies, partnerships and strategic frameworks to develop renewable phosphorus fertilizer systems for farmers. Further research is also required to determine the most sustainable means in a given context for recovering phosphorus from waste streams and converting the final products into effective fertilizers, accounting for life cycle costs, resource and energy consumption, availability, farmer accessibility and pollution. Copyright © 2011 Elsevier Ltd. All rights reserved.

This research has been supported by the Vitol Foundation with in-kind contribution from University College London and led by UCL’s Engineering for International Development Centre.