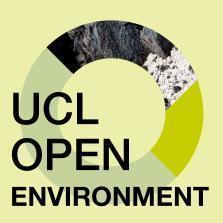 Simon Carpenter,  Anthony Wilson,  James Barber … (2011)
Background The rate at which viruses replicate and disseminate in competent arthropod vectors is limited by the temperature of their environment, and this can be an important determinant of geographical and seasonal limits to their transmission by arthropods in temperate regions. Methodology/Principal Findings Here, we present a novel statistical methodology for estimating the relationship between temperature and the extrinsic incubation period (EIP) and apply it to both published and novel data on virus replication for three internationally important orbiviruses (African horse sickness virus (AHSV), bluetongue virus (BTV) and epizootic haemorrhagic disease virus (EHDV)) in their Culicoides vectors. Our analyses show that there can be differences in vector competence for different orbiviruses in the same vector species and for the same orbivirus in different vector species. Both the rate of virus replication (approximately 0.017-0.021 per degree-day) and the minimum temperature required for replication (11-13°C), however, were generally consistent for different orbiviruses and across different Culicoides vector species. The estimates obtained in the present study suggest that previous publications have underestimated the replication rate and threshold temperature because the statistical methods they used included an implicit assumption that all negative vectors were infected. Conclusions/Significance Robust estimates of the temperature dependence of arbovirus replication are essential for building accurate models of transmission and for informing policy decisions about seasonal relaxations to movement restrictions. The methodology developed in this study provides the required robustness and is superior to methods used previously. Importantly, the methods are generic and can readily be applied to other arbovirus-vector systems, as long as the assumptions described in the text are valid.

The English National Cohort Study of Flooding and Health: the change in the prevalence of psychological morbidity at year two

Daiga Jermacane,  Thomas David Waite,  Charles Beck … (2018)
Background The longer term impact of flooding on health is poorly understood. In 2015, following widespread flooding in the UK during winter 2013/14, Public Health England launched the English National Study of Flooding and Health. The study identified a higher prevalence of probable psychological morbidity one year after exposure to flooding. We now report findings after two years. Methods In year two (2016), a self-assessment questionnaire including flooding-related exposures and validated instruments to screen for probable anxiety, depression and post-traumatic stress disorder (PTSD) was sent to all participants who consented to further follow-up. Participants exposure status was categorised according to responses in year one; we assessed for exposure to new episodes of flooding and continuing flood-related problems in respondents homes. We calculated the prevalence and odds ratio for each outcome by exposure group relative to unaffected participants, adjusting for confounders. We used the McNemar test to assess change in outcomes between year one and year two. Results In year two, 1064 (70%) people responded. The prevalence of probable psychological morbidity remained elevated amongst flooded participants [n = 339] (depression 10.6%, anxiety 13.6%, PTSD 24.5%) and disrupted participants [n = 512] (depression 4.1%, anxiety 6.4%, PTSD 8.9%), although these rates were reduced compared to year one. A greater reduction in anxiety 7.6% (95% confidence interval [CI] 4.6–9.9) was seen than depression 3.8% (95% CI 1.5–6.1) and PTSD: 6.6% (95% CI 3.9–9.2). Exposure to flooding was associated with a higher odds of anxiety (adjusted odds ratio [aOR] 5.2 95%, 95% CI 1.7–16.3) and depression (aOR 8.7, 95% CI 1.9–39.8) but not PTSD. Exposure to disruption caused by flooding was not significantly associated with probable psychological morbidity. Persistent damage in the home as a consequence of the original flooding event was reported by 119 participants (14%). The odds of probable psychological morbidity amongst flooded participants who reported persistent damage, compared with those who were unaffected, were significantly higher than the same comparison amongst flooded participants who did not report persistent damage. Conclusions This study shows a continuance of probable psychological morbidity at least two years following exposure to flooding. Commissioners and providers of health and social care services should be aware that the increased need in populations may be prolonged. Efforts to resolve persistent damage to homes may reduce the risk of probable psychological morbidity. Electronic supplementary material The online version of this article (10.1186/s12889-018-5236-9) contains supplementary material, which is available to authorized users.

See all similar
See all cited by
See all reference authors