The closure of the Vardar ocean (the western domain of the northern Neotethys) from early Middle Jurassic to Paleocene time, based on surface geology of eastern Pelagonia and the Vardar zone, biostratigraphy, and seismic-tomographic images of the mantle below the Central Hellenides 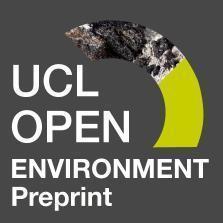 Seismic tomographic images of the mantle below the Hellenides indicate that the Vardar ocean probably had a composite width of over 3000 kilometres. From surface geology we know that this ocean was initially located between two passive margins: Pelagonian Adria in the west and Serbo-Macedonian-Eurasia in the east. Pelagonia was covered by a carbonate platform that accumulated, during Late Triassic to Early Cretaceous time, where highly diversified carbonate sedimentary environments evolved and reacted to the adjacent, converging Vardar ocean plate. We conceive that on the east side of the Vardar ocean, a Cretaceous carbonate platform evolved from Aptian to Maastrichtian time in the forearc basin of the Vardar supra-subduction volcanic arc complex.

The closure of the Vardar ocean occurred in one episode of ophiolite obduction and in two episodes of intra-oceanic subduction.

The revision of the paper has been made following Prof. Robert Hall and Prof. Hu Xiumian’s remarks and our additional contribution. A PDf with corrections has been uploaded and submitted to the editor. Here are the replies to the comments supplied by Prof. Xiumian:

Title: The closure of the Vardar ocean (the western domain of the northern Neotethys) from early Middle Jurassic to Paleocene time, based on surface geology of eastern Pelagonia and the Vardar zone, biostratigraphy, and seismic-tomographic images of the mantle below the Central Hellenides

1) Title: suggested a more short title: The closure of the Vardar ocean from Middle Jurassic to Paleocene, based on surface geology, biostratigraphy, and seismic-tomographic images.

The title needs to remain the same as it is important to note that the images pertain to the mantle below the Hellenides.

The abstract is not the place to make explanations

This is not clearly indicated in the main text. Line 467,

how you get 1700 km-wide eastern Vardar ocean subducted beneath the Vardar zone? Also, how sure the “perturbations beneath Hellenides as sunken Vardar ocean lithosphere which indicate two episodes of subduction”? Besides this interpretation, alternative models? We insert information about the width of the slabs in line 213-214. There is no other ocean that comes into question than the Vardar or eastern realm of the Neotethys; We present a Hypothesis that corroborates other researchers cited in lines 207-211 and the subduction of the eastern Vardar is explained in the numerous figures.

3) Lines 411-458 Geochemistry. The methods for major, trace and REE elements of the volcanic rocks should be given in detail, before showing the data and interpretation.

4) Major deformations. You should give key evidences to show the occurrences of the D1-D3 deformation.

The positions of major faults are shown in the Fig. 4. These are fault zones that are defined in lines 488-509 and schematically depicted in Fig, 8a-b. The indices D1-D3 correspond to time transgressive, tectono-chrono-stratigraphic deformations shown in the presented maps and section.

Line 172-176 The postulated beginning of Intra-oceanic obduction was around Toarcian to Bajocian time (180–170 Ma), based on the ages of amphibolites found in the “metamorphic sole” of subduction-zone mélanges (Roddick et al. 1979; Spray and Roddick 1980; Spray et al. 1984). Intra oceanic subduction is the widely accepted theoretical basis of the obduction of about 200km of Vadar ophiolites on top of Pelagonian and the formation of the Vardar arc as a result of eastward oceanic subduction and supra-subduction volcanism. This is all presented in the text with appropriate citations.

6) Line 591, Lines 598-600 “These limestones are in the west Almopias sub-zone and may have been deposited near or on the accretionary wedge of the forearc basin”. Can you confirm this relationship by using field photos? It is quite abnormal that carbonate platform happened in the forearc setting.

This cannot be photographed Carbonate facies and their ages have led the authors to postulate that their substrate was the fore arc. Only abnormal in the Recent because of the Ice Ages, but not in the Cretaceous cited in: (Scherreiks and BouDagher-Fadel 2020).

7) There are numerous small errors in writing, such as: line 121, the year of the Bernoulli et al. is missing;

We have added the year

the using of Upper/Lower or Late/Early Cretaceous.

These have been looked through and corrected in some instances. For example Late/Upper is used for time span and late/upper etc.. with lower cases are used as adjectives, for example upper Cretaceous deposits